London, September 15, 2021 | The British Esports Association is proud to announce that the registrations for the British Esports Student Champs, a series of competitive video gaming tournaments for school and college students aged 12+ in the UK, are now open for the 2021/22 season.

The Champs is an extracurricular, team-based activity that engages a wide demographic of young people; whilst providing an avenue to engage with, motivate and inspire students. 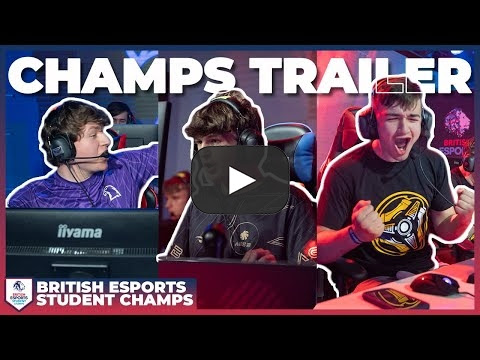 Short trailers for teachers and students are available to provide some further information on the Student Champs, and give insight onto the next steps to get involved.

Schools and colleges can register teams to compete over the course of the academic year in four esports titles: Rocket League, Overwatch, League of Legends, and, new for this season,Valorant.

The inclusion of Valorant this year stems from popular demand, and will provide an alternate first-person-shooter (FPS) title for students to compete in. The player pool will be restricted due to the PEGI rating of the game sitting at 16+.

Valorant will run on a separate schedule to the main Student Champs, consisting of distinctive individual seasons. These seasons will have a group stage, playoffs and will culminate with one team coming out on top.

Across all of the other titles, the teams will compete across Winter and Spring splits to try and secure themselves a space at the live grand finals event.

British Esports confirm that the grand finals will once again be held in collaboration with the Confetti Institute of Creative Technologies – part of Nottingham Trent University. The live event will take place on the 18th and 19th June 2022 in Nottingham.

Confetti X, the university’s new esports complex, will be where the action takes place across the weekend to conclude another season of the British Esports Student Champs.

The 2020/21 seasons’ events were summed up in an event aftermovie, which can be found here.

On top of adding a new title to the Student Champs, a new website has been released to be a hub for students and teachers involved in the tournament.

All of the information needed to register, compete and pay entry fees is easily accessible on the new site.

We have also introduced a new payment system, featuring tournament credits. Credits, along with the usual entry fee, account for a teams’ entry into any tournament within the Champs.

Utilising new integration with Stripe, along with continued acceptance of BACs payments, this allows increased accessibility for schools and colleges to pay and enter the tournaments they wish. Once purchased, tournament credits do not expire.

The tournament side of the website was produced in conjunction with EpicLan to ensure the best user experience possible.

You can check out the new Champs website here.

Registrations are now open to get involved with this season of the British Esports Student Champs! Sign-ups can be made over on the Champs website, and any further information for both students and teachers can be found there also.