October 11, 2018 – Seattle-based game developer Holospark is proud to announce that their next major update for Earthfall, the cooperative online first-person shooter, will be launching October 30 on Xbox One, PlayStation®4 computer entertainment system, and PC via Steam. 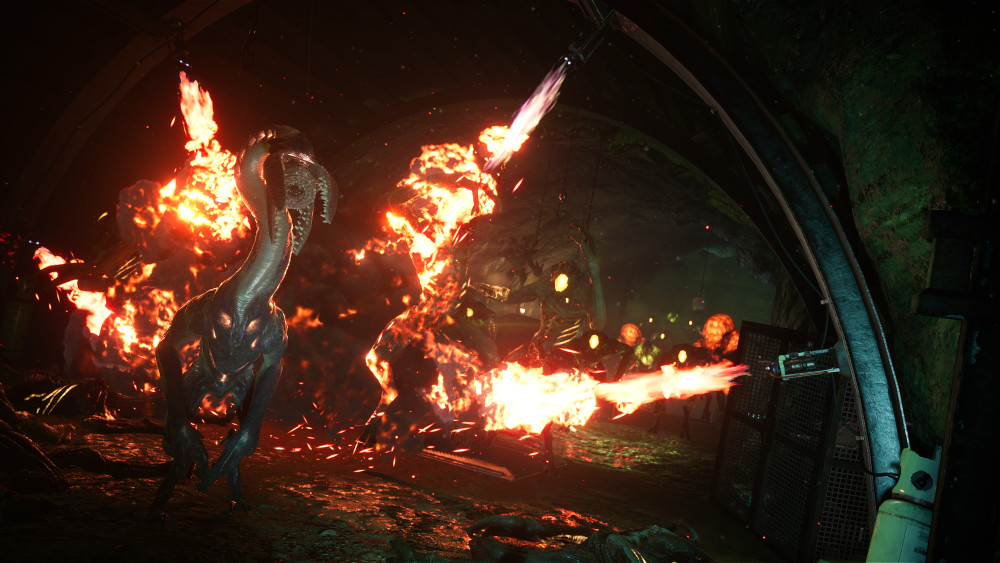 “We wanted to show our fans how serious we are about the future of Earthfall, and that is why we sought out the best sound design team in the world to level up the audio of Earthfall,” commented Collin Moore, Senior Community Manager, Holospark.

“The new weapon audio gives each weapon a new dynamic and punchy feeling that takes each weapon to a whole new level,” said Russell Williams, CEO of Holospark.

The ‘Invasion Update’ will deliver two of the Earthfall community’s highly requested features. Horde Mode will include four new maps where players will fight back countless waves of new alien monstrosities. The player progression system will enable gamers to unlock 50 levels of new cosmetics and player abilities.

Lastly, award-winning sound studio Formosa Group has levelled up the weapons sounds in Earthfall: from the thunderous shots of the Desert Eagle, the sharp click-clack of AK47 machinery, and the sci-fi inspired Valkyrie gun that incinerates enemies. The changes to the weapon audio adds to the cinematic immersion as players fight back alien monsters in the Earthfall’s Invasion Update.

For more information on the ‘Invasion Update’ you can read the official blog post HERE: https://go.earthfall.com/weapon-audio

The Earthfall Invasion Update will be available October 30, 2018, and downloadable for free. Earthfall is now available on Xbox One, PlayStation®4, and PC via Steam. For more information on Earthfall and upcoming updates, please visit the official site www.earthfall.com, and follow the game on Facebook and Twitter.